Prior to landing in Kathmandu airport, you could have some excellent views of snow-capped mountains, after customs clearance; meet with our tour coordinator at the airport with traditional garland welcome. Transfer to Hotel. Stay at a hotel in Kathmandu. B/B.

After breakfast drive to Bhaktapur, the city examples of wood-carving. Visit Durbar Square through the Royal Gate, the sparseness of the temple is immediately apparent, compared to the profusion in the Durbar Squares of Kathmandu and Patan. Many of the highly decorated buildings and shrines were destroyed in the 1934 earthquake. However, the main square still contains innumerable temples and other architectural showpieces: the Lion Gate, the Art gallery, the statue of Bhupatindra Malla, the Palace of 55 windows, the Bell of the barking dogs, the Batsala temple, the Nyatapola temple and the replica of Pashupatinath. Continue to Patan, the city of art and beauty. Visit Patan city Visit Patan city with its intricately carved temples, narrow lanes, and quaint shops and drive back to Kathmandu. Stay at the hotel. B/B.

Fly from Kathmandu to Paro over the Himalayan ranges and arrive at Paro Airport and warm welcome by traditional Khada, then Drive to Thimpu, the capital of Bhutan. Once a rustic village sitting in a broad, fertile river valley, Thimphu is today the nation's bustling capital city. Stay at Hotel in Thimphu. Enjoy with Dinner.

Day 04: After exploring Thimpu and then drive to Punakha.

Sightseeing in Thimphu including Tashichhodzong, "the fortress of the glorious religion": Tashichhodzong houses some ministries, His Majesty's secretariat, and central monk body; Mini Zoo, to observe Takin (national animal of Bhutan). Institute of Zorig Chusum where students undertake a course on the 13 traditional arts and crafts of Bhutan; National Library, which holds an extensive collection of Buddhist texts and manuscripts, some dating back to several hundred years back, as well as modern academic books, mainly on Himalayan culture and religion; The Post office; The Institute of Tibetology; National Memorial Chorten; Handicrafts emporium Lunch at a local restaurant “Bhutan Kitchen” which serves typical Bhutanese cuisine. Then drive to Punakha and stay at Hotel. Enjoy with Dinner in the evening.

After sightseeing in Punakha and transfer to Paro (142 Kms/5.5 hrs). Morning visit Punakha Dzong, built in 1637 by Shabdrung Ngawang Namgyel, has played a prominent role in the civil and religious life of the kingdom. Damaged by the fire, flood and earthquake over the centuries, it has now been fully restored in its original splendor. After Lunch at hotel or local Restaurant and drive back to Paro. the capital of Bhutan. Stay at a hotel in Paro. Dinner.

In the morning, take an excursion (2 hrs hike uphill) to Taktsang Monastery also known as Tiger's Nest. It is believed that Guru Rinpoche, found the father of Bhutanese form of Mahayana Buddhism, arrived here on a back of a tigress and meditated at this monastery. Taktsang Monastery was damaged severely by fire in 1998 and the present restoration work is almost completed. On return, visit the ruins of Drukgyel Dzong. It was from here that Bhutanese repelled several Tibetan-invading armies during the 17th century. Thereafter, visit Kichu Lhakhang. Free or possibility of visiting the local farm houses (if not hiking to Taktsang monastery). Stay at a hotel in Paro.Lunch and Dinner at the hotel or local Restaurant. Stay at a hotel in Paro.

Day 07: Fly from Paro to Kathmandu.

Transfer PBH/KTM, Paro airport to connect the flight to Kathmandu and transfer to hotel. B/B.

Afternoon visit of old Kathmandu city with its stone-paved lanes, colorful bazaars, the House of the living Goddess-Kumari who is considered to be the incarnation of the "Virgin Goddess". The old Durbar Square consists of innumerable temples of different architecture. Continue to Swayambhunath stupa, situated west of Kathmandu. It is a 2500 years old Buddhist stupa located at a top of a green hillock with the eyes of Buddha painted on its pinnacle overlooking righteous behaviour of the valley inhabitants. Overnight stay at a hotel in Kathmandu.

After breakfast drive to the temple of Pashupatinath, situated on the banks of the sacred Bagmati River, the temple of Lord Shiva. Pashupatinath, with a tiered golden roof and silver doors, is famous for its superb architecture. Then drive to Boudhanath, the largest Stupa. This Stupa, set in a pattern of Mandala is encircled by houses and monasteries where Rinpoches reside. Around the base of this is a ring of 108 images of the Buddha and 147 insets containing the prayer wheels. Then drive back to the hotel. Overnight stay at Kathmandu. Stay at a hotel in Kathmandu. B/B.

Early morning fly over the Himalayan ranges from Kathmandu to Gongar Airport, meet with tour coordinator at the airport, then drive to Lxa. Check into hotel in Lhasa. B/B.

Visit Potala Palace (Winter Palace of Dalai Lama now more a museum than a palace), Drepung Monastery (The largest monastery in Tibet as well as in the world which once harbored 10000 monks although as a rule it was to house only 7700 monks), Sera Monastery (The 2nd biggest monastery in Tibet, famous for it horse-necked Hayagriva),Jokhang Temple (The most sacred and oldest temple in Tibet, built particularly for the enshrinement of the Sakyamuni image), Norbulingka Palace (Summer Palace of the Dalai Lama, where it is possible to visit Dalai Lama's private apartment) and Bhakhor Free Market (The ancient and largest market in Tibet where almost everyone has something to sell). Stay at home tel in Lxa. B/ B.

Early morning, after breakfast drive from the hotel to Gongar Airport, to connect the flight to Kathmandu. Upon arrival at Kathmandu airport transfer to hotel. B/ B.

Early morning, you will take to Sarangkot and from the summit provides beautiful sunrise views over the exotic Himalayan ranges. On the way back to hotel visit Bindabasini Temple, Goddess of long life. Experience boating on Fewa Lake, visit Davi's Falls and Tibetan refuge camp. Stay at a hotel in Pokhara.

Day 15: Scenic drive back to Kathmandu.

After breakfast drive back to Kathmandu and check into the hotel. B/B.

You will be leaving with the memory of adventurous journey of the life time. We’ll make sure to turn the days to your most memorable moments of life. 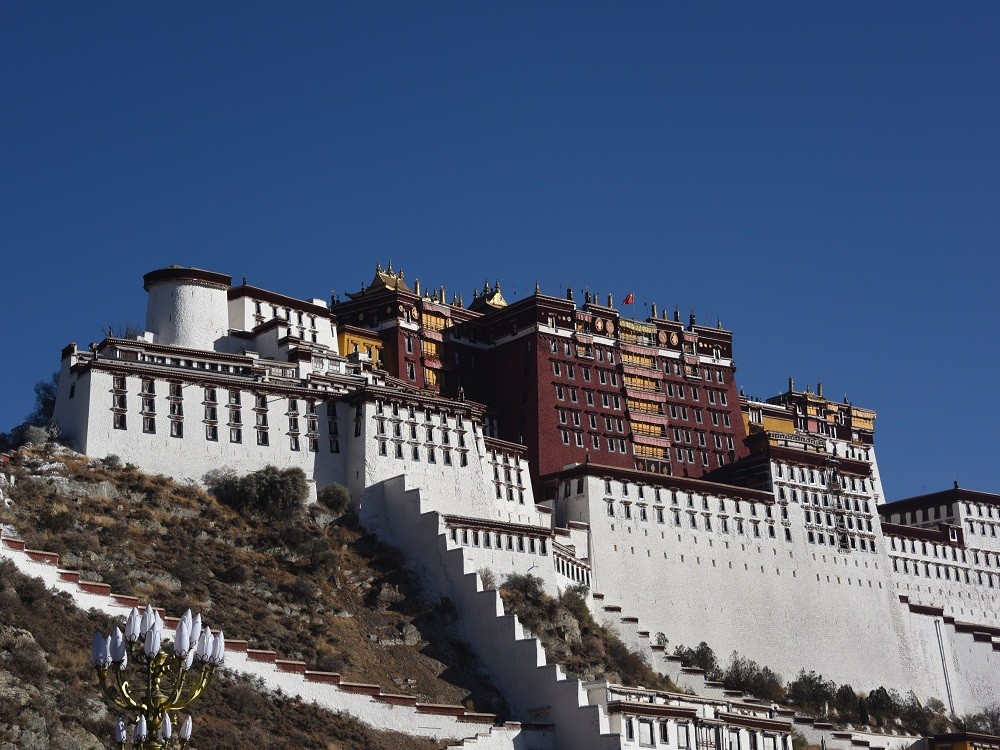 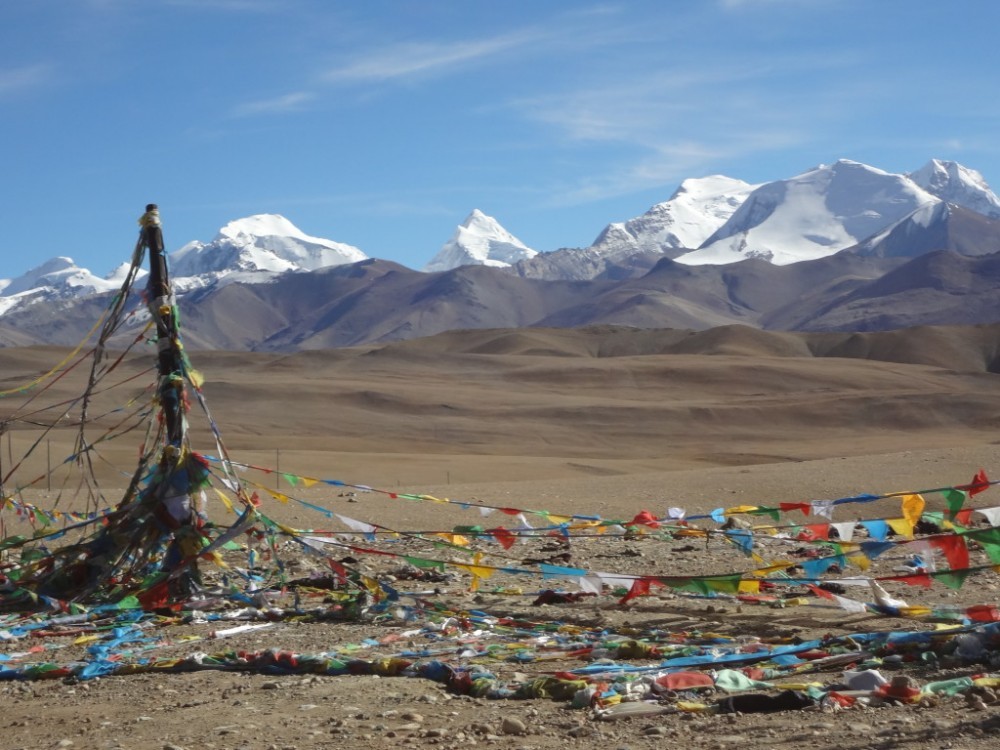